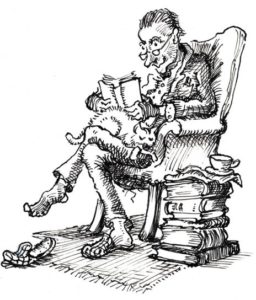 *WHAT IT DOES* The ABPress, based in Dolgellau (where it is sited within The Sandspout Bookstore), Oxford and Sibiu, will publish out of copyright books from Britain and America. From this it derives its name: Albion an ancient word for England, Beatnik an American slang word, a lexicographic construct denoting an attitude of mind and introduced by Jack Kerouac in 1948 (he claimed from the word ‘beatific’). The Press is interested in books of peculiar interest or of their time, perhaps neglected since their authors’ death. 40 books will be published in January 2020.

*ALSO* The Press publishes some contemporary poetry, fiction, and other writing as well. Here is the ABPress submissions policy. (The page says that basically there isn’t one.)

Bucharest-based graphic artist Alexandra Andries is responsible for cover design. Some of these reprinted books have original and commissioned illustrations by Prague-based illustrator Christopher Vinz. 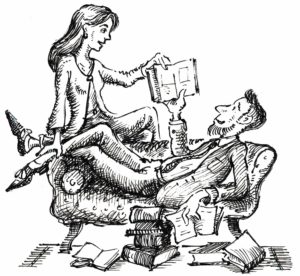 *HOW BOOKS ARE SOLD* The ABPress has a trade distributor. Please do think to buy directly from the press: it will arrive wrapped beautifully in paper, also a bookmark.

*WHAT FORMATS* The press falls prey to the vice and weakness of nostalgia. If it uses digital format, then it is with slight emotional (and technical) reluctance. The crooked line and a smudge at all times have more beauty than an inkjet or spellcheck. The Press is the literary equivalent of a pantry, so to speak, rather than a freezer.

*HOW MUCH* You should buy a book because you want to read it, not because it is cheap. This doesn’t give publishers the licence to overcharge (unless they can get away with it). Cod liver oil is 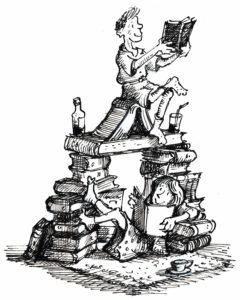 part of the publishing pharmacy and had been administered centuries before now. When copyright law was codified in 1709, the statute that related specifically to booksellers required them to price books fairly. Any customer who thought the price of any book to be too high was liable to report it to the Archbishop of Canterbury: £5 per book sold was the fine. (Most of our paperbacks are £6, and some of the shorter books cost £4. We think that is fair, but do report us to the Archbishop if you think not.)

*VALUES* It isn’t the knobby end of publishing (although in time it intends to have an imprint of worthwhile, illustrated hardback editions with good quality paper) but is enthusiastic about what it does; it produces a complementary magazine, Sandspout.

*SOME HEROES* Joseph Dent, driven by a love of bookworm and library dust, had started his career as a bookbinder. He was Everyman’s eminence 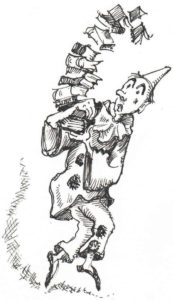 gristle, a publisher who designed an affordable library for the common man, very much under the spell of William Morris and the late nineteenth century private presses. He was an intellectual parvenu, the tenth child of a County Durham house painter who had left school at thirteen and, with ants in his pants, travelled to London like Dick Whittington before. He was quite the bibliophilic, clever clogs evangelist, nouveau nous and nimble, his mission to publish a basic library (“Infinite riches in a little room” was his borrowed mission statement) with a deft sense of curatorship: fifty books at first, in 1906, one shilling each.

Grant Richards was of similar disposition. He had published Bernard Shaw and A. E. Housman in his early twenties, and, importantly, had been apprenticed to a wholesale bookseller, where all roads lead to quantity of sales before quality of margin. His series of rock-bottom priced World’s Classics was launched in 1901. The rapid success of these superior bindings tested his balance sheet and he became bankrupt quite quickly (a feat he was to repeat later in life). The list was sold on to Henry Frowde at Oxford University Press.

*WHO & WHERE* A crock of an ex-bookseller (a.k.a. Dicky the Book Spiv) at work on a boat in Oxford, England, sometime in Sibiu, Romania, but mostly in Dolgellau, Snowdonia.