The Life and Death of Harriett Frean
May Sinclair

Harriett Frean has been raised to become the ideal Victorian woman, able to sacrifice her own desires for the good of others. She has a tumultuous and catastrophic experience when she falls in love with her best friend’s fiancee, when she is forced to reevaluate all that she has learnt. This book was published in 1922. 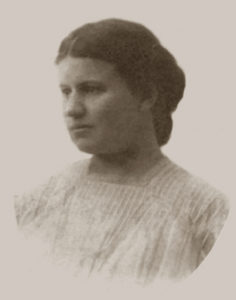 MAY SINCLAIR (1863-1946) was the pseudonym of Mary Amelia St. Clair. Even though her writing career was cut short by Parkinson’s disease, which had developed first in her late-50s. She published her last novel in 1927. In total she wrote 24 novels, 2 novellas, 5 volumes of short stories, including some skilful horror tales, and some literary and philosophical work. She was also a vital part of the early Modernist movement within which she had a significant reputation as a contemporary critic. Her life aside from her writing was rich and varied. She had a self-taught interest since childhood in philosophy, and wrote two books on Imagism. She was involved with the early promulgation of psychoanalysis, and she supported Jessie Murray’s pioneering work in London in particular; she served as a member of its Board of Management. She wrote papers on psychology, developed her own theories of consciousness and, not unsurprisingly, Sinclair embedded Freud’s theories into her writing, his representations of sexuality, Freudian concepts — The Life and Death of Harriett Frean is often cited as being a psychological novel; so, too, are The Three Sisters (1914) and Mary Olivier (1919). She was a member of the suffragette movement, involved as both writer and activist, and she was known to Sylvia Pankhurst.

Yet May Sinclair is remember less for her novels, most of which have remained out of print since her day (although a major critical edition of her complete works is under way now), and more for her introduction of the phrase ‘stream of consciousness’ (which she used in an essay of 1918 when writing about Dorothy Richardson’s Pilgrimage). This is a cruel fate for a writer who, at her best, wrote with consummate skill and technical assurance, and was well regarded in her lifetime. The Combined Maze, her novel of 1913, met with great acclaim; George Orwell singled it out and it was a favourite of Agatha Christie’s.