The Shadows on the Wall & Other Stories
Mary E. Wilkins Freeman

Seven short stories are included in this volume. Two tales of the supernatural from 1903, and five stories from her earlier work set in New England, domestic tales from the three collections considered to be her finest: A Humble Romance (1887), A New England Nun (1891) and Young Lucretia (1892). 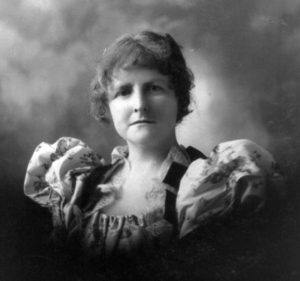 MARY ELEANOR WILKINS FREEMAN (1852-1930) was born and educated in Massachusetts. Her father’s business failed, and after both her parents died, Freeman turned to writing as her sole source of income. She had struggled to reconcile herself to her mother’s domestic stability and Congregationalist orthodoxy. Her life was both static and adventuresome. After a decade of courtship and when she was nearly fifty years old, she married a man seven years her junior. The marriage was not a happy one. He was an alcoholic, addicted to drugs, and a womaniser with an appetite for fast cars; he was committed eventually to an asylum and the marriage was dissolved soon after.

Freeman had began to write when a teenager, to help provide support her family. She is best known for her short stories, either of New England life – A Humble Romance (1887), A New England Nun (1891) and Young Lucretia (1892) are her best known collections – or of the supernatural; she wrote stories for children and verse as well. It is generally held that her writing declined after her marriage, when she started to write ghost stories, although at her best she was still skilful. Her tales were set mostly in New England, and used its dialect also. She is referred to often as a ‘local color’ writer. “The stories of Miss Wilkins are,” reported London’s Daily News in 1893, “…limited in their range. They deal with the lives of a certain class of people in the villages of New England — with a poverty which, unlike English poverty, is never associated with dirt, with a narrow and pinched and bounded life which had little to do with passion and little to do even with love, but which, nevertheless, had much to do with suffering of its own kind and aspiration in its restricted way.”

Freeman’s writing is marked for a conscious but checked feminism: strong, independent female characters, often overcoming restraints of circumstance or place, never sentimental, but held back still by their fate. “Her theme the New England decline, repressed lives, personalities in some way warped by their inheritance or their environment, lives compelled by Puritanic standards, lives cheated by a sinister Nemesis that held them,” wrote F. L. Pattee; “…maidens held to an iron home régime until withered by age. Always repression; passion and passions held in check by stoic pride until repression no longer was possible.”

This might have been Mary E. Wilkins Freeman’s own life, with its Puritan ancestry and unfortunate marriage. She was lacking passion and realistic, even repressed, in expressing the craft of her art. In the introduction to a 1927 anthology of her short stories, she wrote:

“I did not want to write at all. I wanted to be an artist. But, for lack of paint, etc., and sufficiency of pens, ink, and paper, I wrote.
I started with poems, religious. I took myself quite seriously then, also my Work. I showed these pious efforts to a Vermont clergyman, and he told me I was a genius, or to that effect. I thought he knew. Fortunately, I never offered those early poems for publication, and they are nonexistent.
Then I wrote children’s verses for a little Fall River magazine. It did not pay, but the editor was extremely kind: she wrote me encouraging letters which really meant more than dollars, though the family purse was very lean.
Next I wrote verses and stories for the defunct Wide Awake, for $10 per. They were later collected in book form. The verses today sell better, comparatively, than any of my books. I do not know about the collection of stories, The Pot of Gold, for I never had royalty for that. I assume it circulates, from the number of letters which I have received about it, from both this country and abroad.
I wrote my first adult story, a fifty-dollar-prize tale, for a Boston paper. It was called ‘A Shadow Family,’ and was a poor imitation of Dickens. I loaned that and it was never returned, and no copy exists.
Then I wrote ‘Two Old Lovers,’ and Miss Booth accepted it for Harper’s Bazar, and sent me a check for $25.
She accepted it by the merest chance, for she thought at first sight it was written by a child — the writing was so unformed; she nearly tossed it away, but something arrested her attention: she read it and accepted it.
After that very little was returned. ‘A Humble Romance’ was taken by Mr. Alden for Harper’s; afterward he published my first novel, Jane Field, as a serial.
I could not readily abandon my desire to be an artist. With a portion of that twenty-five dollars I bought paints, and started in to paint. I found I could mix colors, but could not paint, and had sense enough to relinquish art.”