Bunner, not known in the U.K., is a great example of American nineteenth century humour; Bunner was a successful editor of Puck, the American equivalent to Punch. His poetry is dull if technically aware, his novels extend his talent beyond its limits, but his short stories are playful, pithy, tightly constructed and packed with incredulous characters, visual in the age before film. His stories are very much redolent of their age, usually set in New York, and his humour charming. Both stories here come from Short Sixes, his best loved collection published in 1890. 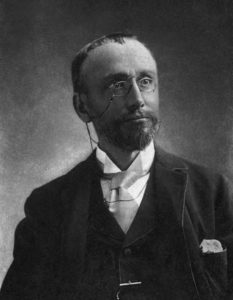 HENRY CUYLER BUNNER (1855-1895) was a highly successful and dextrous editor of Puck, the American equivalent of Punch. It was a German magazine initially, but Bunner was hired as it deputy editor when it launched its English language edition. His rapid rise to editorship saw the magazine come to a quick maturity, and, alongside humour and serendipity, it developed a telling social and political voice. Bunner’s stories, mostly based in New York, took Guy de Maupassant as their starting point. They were well worked and economical tales with a hinged coda: shrill, sometimes whimsical endings, tidy, well-paced yet irreverent. His tales share the distracted and casual morality of Frank Stockton, his contemporary and in many ways rival. But Bunner, not least because of his journalism and focus upon New York (he called himself the “suburban sage”), was the true forerunner of O. Henry.