The Gallows-Humored Melody has two connected themes of music and mortality; in other words it charts a crotchet decay. The posh blurb says it “explores relationships between creation and destruction.” It is a cycle of eighteen poems, linked on these themes.

Humphrey ‘Huck’ Astley is a writer and musician based in Oxford. His works include the PRS Foundation show (and three-part album) Alexander the Great: A Folk Operetta (PinDrop, 2013-15) and the pamphlet Stones through the Windows to the Soul (Rain Over Bouville, 2014).

Reciting Rilke poems with his back
presented to the rapt (if captive) room,
the adult Ludwig wonders if the child
he used to be is not behind him yet –

the pre-pubescent Wittgenstein would sit
and watch as family friend Maurice Ravel
turned to the piano and softly groomed
the silence from the weighted white and black.

The poet’s lines in syllables of ten –
the player’s fingers lining up again. 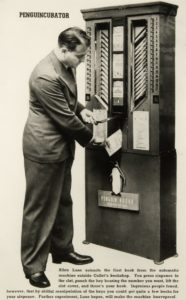